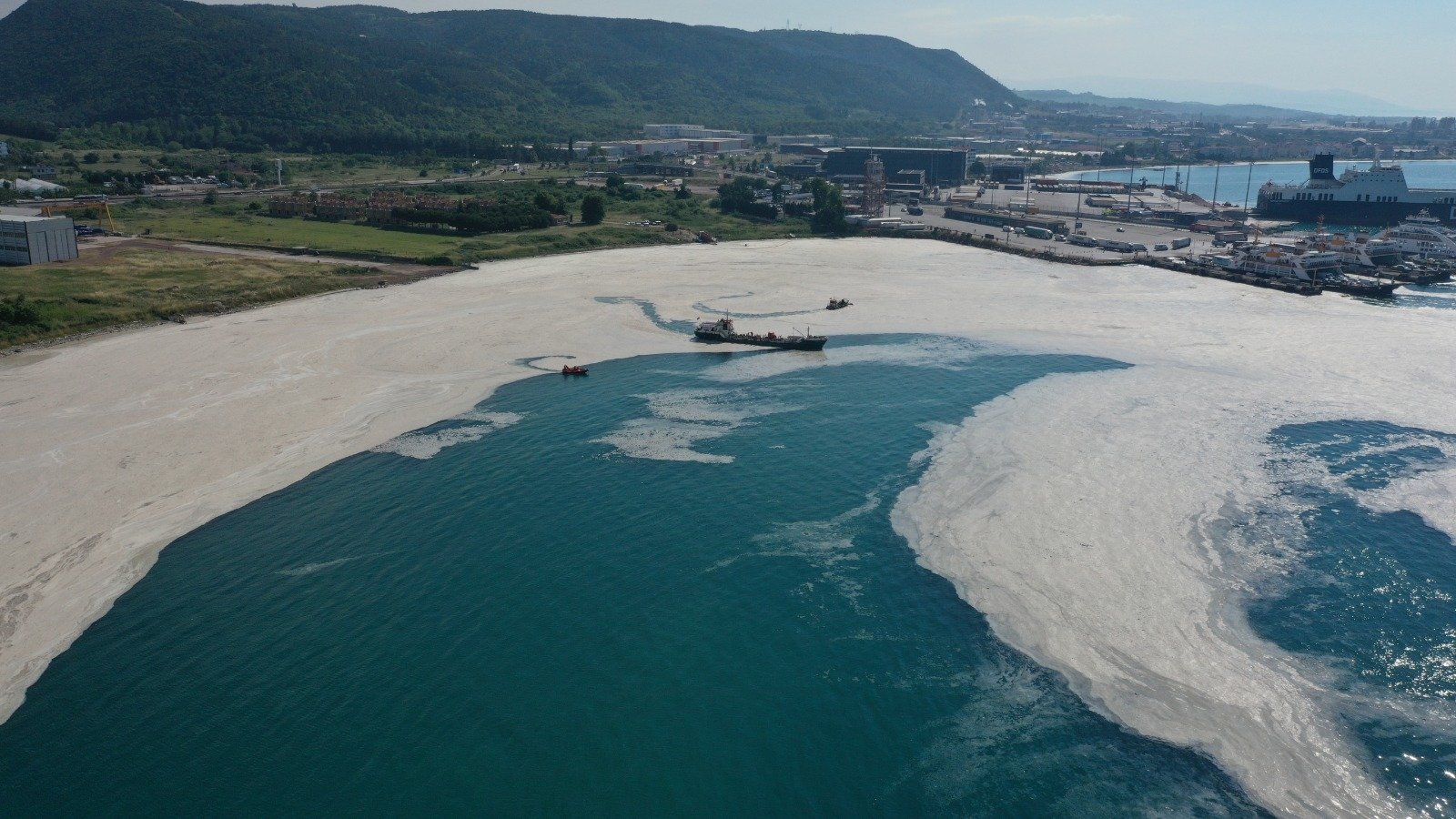 Scientists warn about the onset of a new danger for the Marmara Sea already embattled with mucilage: a buildup of hydrogen sulfide that threatens to destroy marine life. A new study showed that the gas in Çınarcık Basin off the coast of Yalova province was absent until 2019, and since then it has grown and drained away oxygen in the area.

Istanbul University's Alemdar II research vessel recently visited the area home to a 1,270-meter depth basin which is located on a route hosting an active fault line expected to strike the wider Marmara region with an earthquake in the future. Professor Nuray Çağlar, who led the expedition to the area, told Milliyet newspaper that they had “worrying results” from their work at an observation station they set up at the basin to monitor climate change.

Çağlar said the station gives the best results in measuring the “health” of marine life in the Marmara and the rise in hydrogen sulfide levels pointed to “a new era” in the sea’s ecosystem. The team of scientists last visited the basin in 2019 and found no traces of hydrogen sulfide. “Existence of hydrogen sulfide shows oxygen levels are depleted here. We discovered sulfide at a depth of 500 meters and it is more intense toward the bottom of the basin,” she said.

Çağlar noted that the presence of sulfide in the seawater indicated its chemical features had been "spoiled." Professor Cem Gazioğlu, head of the university’s Institute of Marine Sciences and Management, says “alarm bells are ringing for the ecosystem of the Marmara Sea,” as proved by the buildup.

The findings echo similar studies in the Marmara Sea where marine mucilage has been prevalent for the past few months, threatening the ecosystem. An academic committee providing recommendations to the Turkish Presidency on the "sea snot" issue announced last week that the sea's ecosystem has "lost its durability and became vulnerable to external factors," citing risks from harmful algae, jellyfish overgrowth and hydrogen sulfide formation.

The commitee had listed rising temperatures, oxygen depletion, the acidification of oceans, terrestrial inputs – sewage water and food elements – overfishing, pollution, invading species and maritime activities among the main causes of the excessive mucilage, which like hydrogen sulfide, suck out the oxygen levels underwater, killing the fauna and flora.