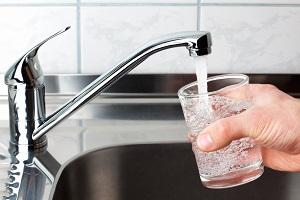 What role can the Protocol on Water and Health, which is specifically referenced in the Directive, play in supporting the member States in the Directive’s implementation?

The new Drinking Water Directive introduces the obligation for member States to improve or maintain access to water intended for human consumption, with a focus on human health protection and improving access to water for all segments of the population.

According to the Right2Water European Citizens' Initiative, a movement that triggered the recast of the Directive: “there are still approximately 2 million people in Europe that do not have suitable water or sanitation”. Significant inequalities persist between rural and urban areas, and between richer and poorer population groups.

For example, according to European Roma Rights Centre research, a majority of Roma people in the European Union do not have access to public water supplies, and more than half rely on a water source located more than 150 m from their households.

Moreover, the coronavirus disease (COVID-19) pandemic has exacerbated existing inequities, and will continue to do so.

Article 16 of the Directive calls on member States to take the “necessary measures to improve or maintain access to water intended for human consumption for all, in particular for vulnerable and marginalized groups”. The implementation of the Drinking Water Directive will thus support the progressive realization of the human rights to safe drinking water and sanitation, as well as the right to an adequate standard of living.

The new Directive specifically refers to the Protocol on Water and Health in paragraph 34 of the recitals as an effective mechanism to “assess the policy background and the baseline situation on access to water and to define the actions necessary to improve equitable access for all to water intended for human consumption”.

The Equitable Access Score-card, a self-assessment methodology developed and applied under the Protocol on Water and Health, has proven to be an effective analytical tool for establishing a baseline measure of equity of access to water and sanitation and agreeing, through a participatory and inclusive process, on concrete actions to address the challenges and priorities identified in the assessment. So far, 12 countries have applied this methodology across the pan-European region.

The new Directive is further relevant to the work carried out under the Protocol. It follows a risk-based approach to managing and monitoring drinking water from catchment to consumer, as per World Health Organization water safety plan principles. It also provides updated standard values, generally based on WHO  guideline values but deviating for several parameters, and includes new provisions for legionella prevention.

The upcoming meeting of the Working Group on Water and Health (Geneva and online, 14 and 15 April 2021) will serve as a platform for discussions on how the Protocol work can capitalize on the revised Directive in the coming years.

European Recovery under the Green Deal: All hands on deck!