Water Scarcity in Africa: Everything You Need to Know

We have just three years before Africa’s water crisis is predicted to become a catastrophe. 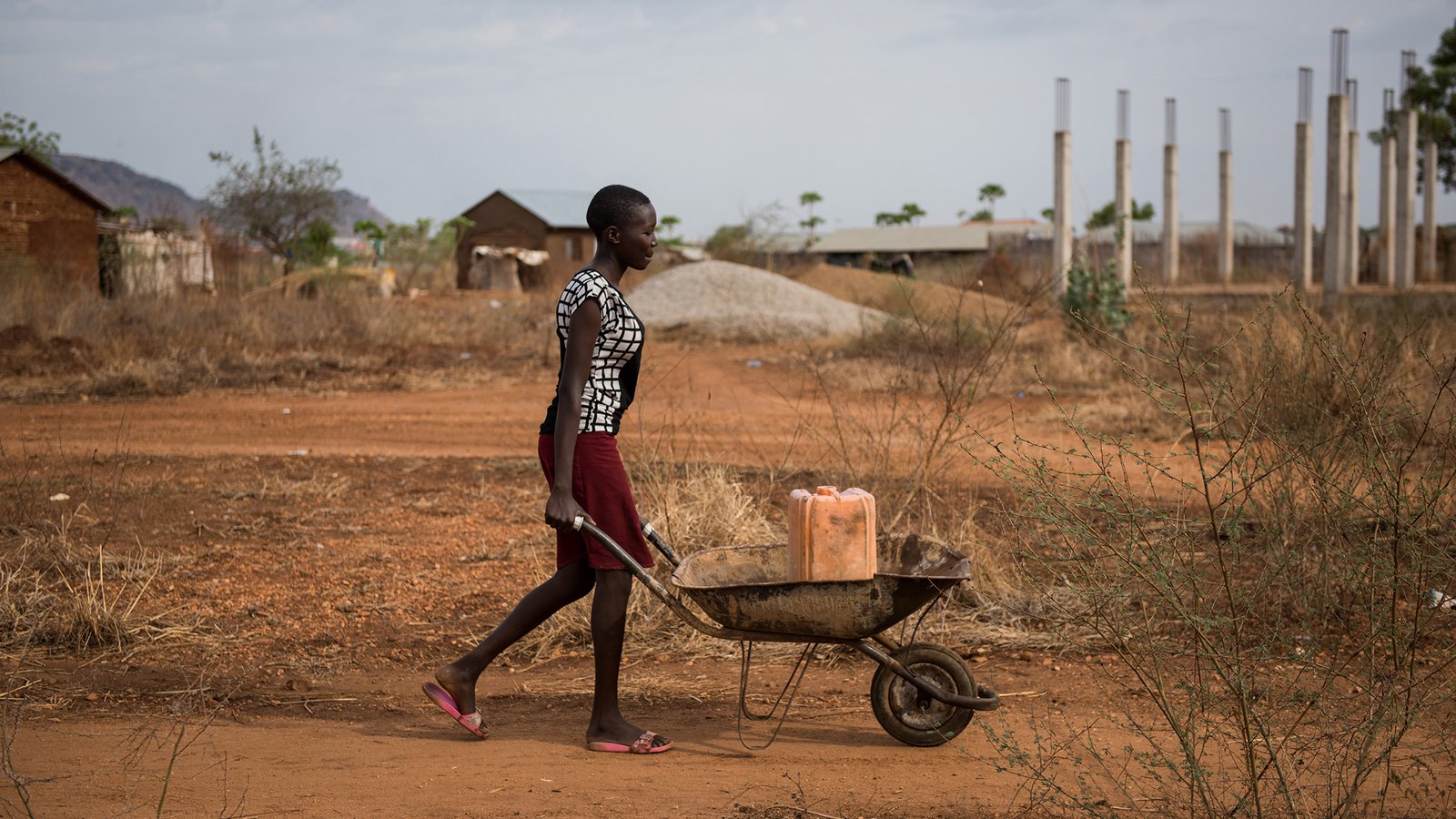 Water scarcity in Africa is a dire situation, and is only getting worse. As Africa’s population continues to grow and climate change continues to rob the continent of the finite resource, it is predicted that by 2025, close to 230 million Africans will be facing water scarcity, and up to 460 million will be living in water-stressed areas.

The year 2025 is around the corner, just three years away, and that time will pass in the blink of an eye. Just think about what’s happened in the past five years. The series finale of Game of Thrones was released almost five years ago. The cinematic event of the decade, Avengers: End Game dominated the box office, and Lil Nas X’s "Old Town Road" became our favourite earworm four years ago.

Those events feel like they happened just the other day. Now think about Africa’s water crisis, and consider how close it really is to becoming catastrophic.

There’s only so many ways we can say “time is running out” and only so many analogies to indicate how serious the situation will soon be if we don’t see critical action from world leaders now. So perhaps the next best thing to do so is to lay out what everyone should know about water scarcity in Africa, who the key players are that can address the situation, and what we can all do to help.

What Is Water Scarcity and How Is It Impacting Africa?

Water scarcity describes the growing lack of access to water. There are two types of water scarcity: economic and physical.

Economic water scarcity refers to water being inaccessible because of institutional failings that include lack of planning, investment, and infrastructure. Physical scarcity is a byproduct of climate change, and includes droughts and changes in weather patterns.

Africa is dealing with both; because the continent’s population is increasing at a rapid rate, the demand for water will continue to grow and if there’s no planning and preparation to accommodate the needs of Africa’s people, economic water scarcity will continue to be a huge problem.

On the other hand, and perhaps more critically as it is not as easy to control, Africa has been dealing with some of the most severe droughts it has ever seen as the world continues to report hotter and hotter years as a result of climate change. Lakes and rivers that used to supply ample amounts of water are running dry, and communities are having to travel excruciating distances to access liveable amounts of water.

Who Is Most Affected and Why?

It’s not an exaggeration to say that almost every African is impacted by water scarcity, both directly and indirectly. Those directly affected have no immediate access to water and have to travel long distances to provide water for their households and businesses. Water access to some citizens is not as easy as opening a tap or flushing the toilet.

Water scarcity is also a massive driver of conflict and stressed areas have increasingly borne witness to violence over the resource. Communities surrounding Lake Chad, for example, have been exposed to violence between those in need of water and those who are unwilling to compromise. This has mainly been an agricultural dispute between farmers and fishing communities, but has impacted those who need access to water for households, and for sanitation purposes. The violence has also led to mass displacement, with the United Nations reporting the destruction of villages caught in the middle of the dispute.

Most of sub-Saharan Africa is agriculture dependent, and agriculture is a main source of income for almost half of the continent’s citizens. African countries are also reliant on prosperous agriculture to maintain and increase their gross domestic product (GDP) and to preserve food security for citizens. With droughts increasingly becoming the norm across the region in recent years, economies have become more prone to instability, and food insecurity has increased.

How Does This Relate to Ending Extreme Poverty and Its Systemic Causes?

Poverty and access to water are interlinked, as a lack of water increases vulnerability and leads regions further and further away from achieving several of the United Nations’ Global Goals, 17 goals that work together to end extreme poverty, including issues like access to nutritious food and health care. The issue directly impacts Global Goal 6 for the availability of clean water and sanitation, as African citizens are denied access to water as their basic human right.

Other Global Goals directly affected include Goals 2 and 3 which call for an end to hunger, and access to good health and well-being for all people. Water access impacts food security, and therefore increases hunger rates. Without water for sanitation, meanwhile, it is also difficult to provide communities with basic health care and to protect citizens from preventable diseases.

Finally, climate change — recognised by the Global Goal 13 for climate action — is a massive cause of this issue, and so long as there is no action taken to combat it, African citizens will continue to be faced with drying rivers and lakes despite having done the least to have caused the climate crisis at hand.

Who Are the Key Players in Improving Africa’s Water Access?

The continent is seeing an impressive rise in young activists and advocates putting their feet down and demanding action to tackle climate change and its impacts, such as lack of water access. These include Vanessa Nakate, Leah Namugerwa, Yola Gogwana, Ayakha Melithafa, and so many more that are bringing awareness to Africa’s climate-driven water crisis.

One such activist, Kenya’s Elizabeth Wathuti, touched the world when she described to delegates at the UN’s COP26 Climate Conference what the water crisis in Africa actually looked like.

“I have seen with my own eyes, three young children crying at the side of a dried up river after walking 12 miles with their mother to find water,” she said.

While young people are at the forefront of calling for the end of physical water scarcity, there are organizations leading the charge against economic scarcity. Organizations that include the United Nations’ agencies, and social enterprises like Water Access Rwanda and global solution-oriented organisations like the Water Resources Institute.

What Action Can We All Take to Help?

The best action we can take against water scarcity is acting immediately against climate change, and calling on world leaders and business leaders to put the planet first. You can take action with us here to support our Defend the Planet campaign and add your voice to the call for action.