What Is Digital Diplomacy ? 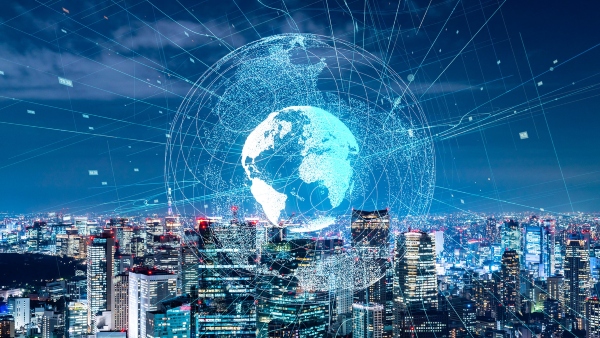 In the last decade, number of internet users worldwide has almost tripled, reaching almost 3.6 billion users in 2017. Many argued the internet has been one of the most transformative innovation.

Social interactions have tremendously changed. Society has evolved into one that many referred to as the networked society. Almost everyone in the world is connected and information flows freely.

With such connectivity, information is acquired, contained, processed, managed, and shared in almost entirely different ways compared to how it was in the past.

When communications between political candidates and voters become more immediate through social media, politics, too, become digitised. We saw this in the 2012 US election, 2017 French election, or the controversial Trump’s victory.

In foreign policy, the internet has brought “adjustments” in diplomatic conduct. Barack Obama’s tweeting, embassy’s activities on social media, and the widespread push of cultural diplomacy, have added another avenue for diplomacy. With this, the term digital diplomacy emerged.

What is digital diplomacy?

The terms cyber diplomacy and digital diplomacy have been used interchangeably. But they are essentially different.

Digital measures have roles in negotiations, policy processes, and crisis managements that are all attached to diplomatic activities.

For example despite experiencing an outbreak of Zika virus in 2015 and 2016, the government of Brazil was able to convince the international society by using social media on their preparedness for the 2016 Olympics and World Cup.

Some health experts had urged the 2016 Rio Olympics postponed or moved. But Brazil quickly released statements on their website and social media accounts and on the official Olympics site that they are making the best efforts to safeguard the event from the virus.

Indonesia is among the countries that are increasingly using digital technology in their international diplomacy. According to a recent survey, Indonesia placed 38th out of 209 countries at the Digital Diplomacy Review 2017.

This is a slight drop from previous year’s ranking, where Indonesia placed one position higher. Indonesia is behind the tech-savvy European countries like France and UK, as well as other Asian countries like Japan and India. However, among other Southeast Asian states, Indonesia stood out.

The study took into account the huge size of Indonesia’s internet users; 132.7 million as of 2016 according to Indonesian Internet Service Providers Association (APJII). It means Indonesia has 51% of internet penetration rate of a population of 260 million. Imagine how well the country will do when all of Indonesia are “networked”. A networked society in digital age would be more transparent as individuals can easily share information online.

This influences diplomatic activities too. Diplomacy does not only deal with a “network” of various state and non-state actors anymore. It will introduce “new” routines such as conducting online dialogues as well as taking public online feedbacks in policy making.

Now, diplomats or state leaders also use online platforms in the form of social media to communicate with each other. A study on the use of Twitter for informal diplomatic communication during the P5+1 Nuclear negotiation (2013-2015) has shown that Twitter communication between US Secretary of State John Kerry and Iranian Foreign Minister Javad Zarif was effective in sealing the deal.

In the era where the society is “networked”, information gains stronger influence, as it can spread in a matter of seconds or minutes. The government, especially agencies that deal with foreign policy matters, should take advantage of this as they will be able to extend their public diplomacy agenda in an even more interactive way.

In an ideal digital diplomacy environment the government can amplify their messages – including on foreign policy agenda – and the public can have a more immediate channel to connect with their government.

No plan to embrace digital diplomacy yet

The UK has set up a Digital Transformation Unit, specially tasked for managing the digital services of the country, which also include their digital diplomacy strategy.

The Swedish government use social media extensively through its embassies overseas. They also published a regularly updated online tabloid called the Swedish Foreign Policy News as a way to amplify their foreign policy standpoints.

The meeting decided digital diplomacy would be used for Indonesia’s several important agendas. For instance, it can be utilised to protect Indonesian migrant workers abroad, or to promote and develop our small and medium enterprises.

The Indonesian government is preparing a document outlining the master plan for digital diplomacy. From here, we can fairly expect a concrete strategy on digital diplomacy of the country in the near future.

The Indonesian government can learn a lot from countries such as the UK and Sweden in regards to digital diplomacy agenda formulation from institutional adaptation to new approaches in foreign policy dissemination through new media.

This article is republished from The Conversation under a Creative Commons license. Read the original article.