It's a prototype capable of extracting three litres of water every 12 hours from environments with a humidity of just between 20 and 30%.

Scientists at MIT and the University of Berkeley have created a device, powered just by solar energy, capable of retrieving water from atmospheric humidity, even in almost desert-like climate conditions.

It is based on the concept of water combine harvesters and, although it's just a prototype as of yet, it can retrieve up to three litres of liquid water per 12 hours even in locations with extremely dry atmospheres. This development could solve many supply issues in drought-affected areas lacking water sources.

The key factor lies in MOF: the water-capturing chemical compound

This water combine harvester performs under humidity conditions of around 20-30%, extracting water by utilizing a kilogram of MOF in order to make the system work. But what is MOF exactly? It´s a structure composed of metals such as magnesium or aluminium and organic molecules that, when combined, create rigid and porous distributions capable of storing gases and liquids. Since Omar Yagui, one of the creators of the prototype and inventor of MOF, began developing this metal-organic combination, more than 20 000 MOFs have been designed as a result of several other research projects around the world. 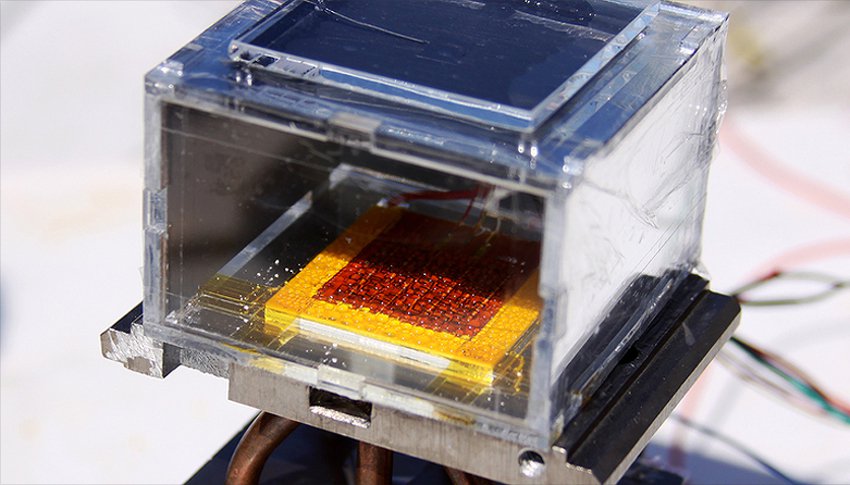 Yagui, his UC Berkeley team and MIT researchers have already synthesized a MOF comprised of zirconium and adipic acid which, together with water vapour, conform this particular water collection system: 900 grams of compressed powdered MOF crystals located between a solar absorber and a condenser plate inside an open air chamber. The system works as follows: ambient air goes through the porous MOF and water vapour molecules get attached to the inner surfaces; sunlight heats the MOF and leads water towards the condenser, which is at the same temperature as the outside air. Finally, the vapour condenses and leaks already liquid water into a collector.

According to its developers, the system has delivered very promising results thus far. So promising, in fact, that they claim anybody could endure the arid and hostile desert climate, since this harvester could extract the necessary amount of water in order to survive.