Saudi-Israel Normalisation, A Gift To Iran 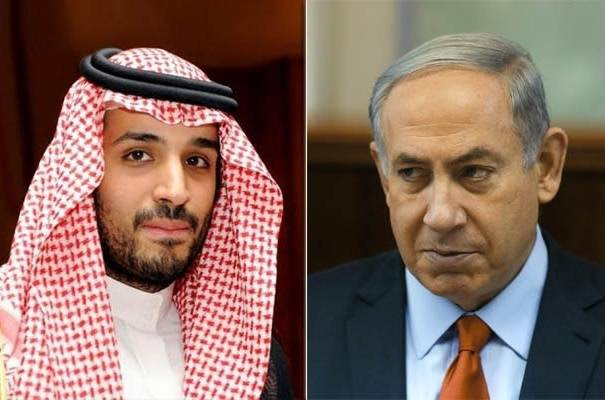 Saudi Arabia is on the verge of establishing official and overt diplomatic, security, and economic relations with Israel. This is sooner than we expected. The ruling clique in Saudi Arabia, led by Crown Prince Mohammed bin Salman, has made the decision. This group no longer cares about any of the have history that has prevented many Arab countries from having official relations with Israel. The Kingdom is heading in this direction without shame. From the perspective of the general Arab public, normalisation of relations with Israel is no longer a disgrace or taboo. A prevalent belief amongst the ruling clique is that the Palestinian cause is no longer their central concern. Rather, they are preoccupied with their various domestic issues. Before the Saudi’s finalise this move, it is likely that they will find a way to blame the Palestinians themselves. They will assert that the Palestinians themselves sold out their cause and surrendered to their fate. They will point to officials who have put the pursuit of a ‘solution’ above the national project. Furthermore Saudi’s de facto ruler, Mohammad Bin Salman knows that he needs American support to fulfill his ambitious domestic programme and that, for now, the road to Washington runs through Tel Aviv. Other Arab states have, of course, already normalised relations with Israel. However, the dilemma for Saudi Arabia is different. For Saudi Arabia the project is not based on a clear strategic plan, but rather, is born out of the poverty of alternatives. In other words, this project has been pushed onto Saudi Arabia by its repeated defeats and disappointments in regional politics and by its failure to deal adequately with Iran. The risks are high; Saudi officials see themselves as leaders speaking on behalf of hundreds of millions of Sunni Muslims and Arabs. They should not take this position for granted as they have done recently on more than one occasion. When the Saudi leaders behave with such arrogance, they take advantage of the respect many Muslims hold for Saudi Arabia as it is land where Islam began and has the two holy mosques. The first signs of this shift emanate from leaks that suggest the PA President, Mahmoud Abbas, was summoned to Riyadh two weeks ago to be told, once again, that he must agree to Trump’s plan to resolve the conflict with the Israelis without any discussions. Under these circumstances, Abbas deserves sympathy because he cannot say ‘no’, while his consent will not make a difference on the ground. This approach can only reassure the Israelis, though it may be seen as a pyrrhic victory, as it will not change the minds of ordinary people. (Egypt normalised relations 40 years ago, but only on an official level, as the public rejection of Israel has not changed. The same goes for Jordan, which normalised relations 25 years ago). But the most likely outcome of this is that it will, ironically, bolster Iran. This will be because, at the height of the horrendous sectarian conflict in the region, the normalisation of relations between Saudi Arabia and Israel “in the name of the Sunni Muslims” help create the image that Sunni Muslims have given up on Palestine. While on the other hand there are the steadfast Shia Muslims who have made sacrifices for the sake of their sanctities. This would be a most precious gift to Iran and another demonstration of Saudi Arabia’s clumsiness. This article first appeared in Arabic on Al-Quds Al-Arabi on 21 November 2017
Share

US foreign policy in the Middle East doesn’t exist anymore

The world needs to rethink the value of water

Tackling the king of poisons

Water cooling for the Earth's crust