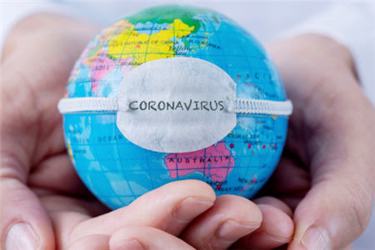 COVID-19 will unquestionably delay achievement of the Sustainable Development Goals (SDGs), the latest global attempt to improve the quality of life of billions of people around the world by 2030.

But we must now rethink how we achieve the goals laid out in the SDGS. First, we should stop looking at access to safe water as the problem of developing countries alone – it is a global problem that worsens under extreme conditions like the current pandemic.

During the current pandemic, a lack of clean water for drinking and proper hygienic practices has become a major concern for cities in the developing world, especially in slums, peri-urban areas and refugee camps.

Countries in Africa and South Asia, with some 85% of the world’s people live, face particularly daunting challenges to access clean, drinkable water.

But the problem is not confined to these areas. Developed countries are increasingly facing similar concerns. After catastrophic experiences with water utilities in Flint in 2014 in the US, and in 2000 in Walkerton, Canada, which seriously affected the health of a large number of people, millions in these two countries are now using point of treatment systems in their homes to further purify city water. They are also buying bottled water because they perceive it to be cleaner and safer. In overwhelming percentage of cases of people in developed countries, from Japan and Singapore to western Europe and the US, are doing this out of choice and not because they have to.

But the financial impact of lockdown and growing unemployment means that spending extra on safe water has become a problem for many households – and millions are struggling to pay their utilities bills, including for water.

In the US, some 57 million people in several states have been allowed to continue receiving water from their utilities even if they cannot currently pay for it. But there are still many poor and disadvantaged people who did not have access to water services before the pandemic, and still do not have them.

In the European Union (EU), most member states need to increase their annual water supply and sanitation expenditure by more than 25% to comply with EU Drinking Water and Urban Wastewater Treatment Directives. This will also contribute towards reaching the SDGs. But in these uncertain times, the EU will have to rethink how best to make use of scarce financial resources to achieve their goals.

The pandemic has further worsened the living conditions and health of millions of people in both developed and developing countries, and it is unclear when this situation might improve. Even in the world’s richest country, USA, at least two million people still do not have access to piped water.

The Need For Leadership

From the late 1970s, the United Nations have advocated for improved source of water. But this term does not mean clean and safe water, even though UN organisations use these terms interchangeably.

COVID-19 has focused global attention to clean water for frequent handwashing, drinking and personal hygiene. Political leaders will now have to give increasing attention not only to access to water but also to its quality. It will be an even more daunting task, in both developed and developing countries, to regain the trust of their people that water they are receiving is safe to drink and for personal hygiene because of extensive past mismanagement in most countries of the world.

The world needs leadership, long-term sustainable policies, robust legal and regulatory systems, strong institutions, and services that are reliable and provided irrespective of the circumstances. For example, Singapore ensured all these conditions were fulfilled from 1965 onwards. As a result, its water management is now one of the best in the world.

The absence of enlightened political leadership in nearly all countries of the world, both developed and developing, will exacerbate the problem in the coming decades because of increasing uncertainties due to both expected events like climate change and unexpected ones like COVID-19.

Water affects all aspects of life, economic activity and ecosystems. As the British-American poet, W.H. Auden wrote: “Thousands have lived without love but none without water.”

This article is republished from The Conversation under a Creative Commons license. Read the original article.

The Ebbs and Flows of the Renaissance Dam Dispute

Melting Arctic sea ice during the summer of 2018