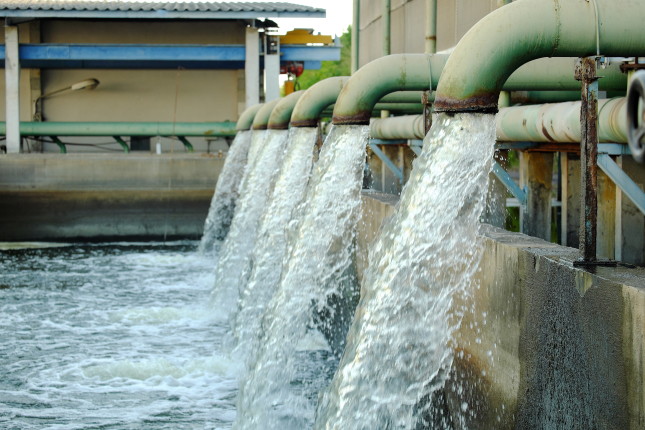 Huo Chang grows visibly exasperated as he speaks about his city’s water crisis. From his office in Beijing’s largest state-owned environmental investment and service company, China Energy Conservation and Environmental Protection Group (CECEP), the water expert explains how Beijing is in the throes of a population and economic boom that has left its water resources both polluted and depleted. In response to these opposing pressures, the city turned to controversial measures to avoid a Cape Town-like Day Zero crisis in which Beijing would no longer be able to meet the daily water needs of its population of nearly 22 million.

After depleting its own local groundwater and nearby rivers in the mid-2000s, Beijing commandeered surrounding cities’ reservoirs, leaving them high and dry. In 2014, the capital began heavily relying on the South-North Water Transfer Project (SNWTP), a massive infrastructure project that shuttles water from the south of China to its arid northern region. Huo is skeptical of these short-term and expensive solutions. They divert investment and policymaking away from a more sustainable solution that he personally worked to develop and implement at CECEP: water recycling.

A Strategy to Fend off Day Zero?

Before China began building the world’s largest water transfer project, the Beijing government recognized that depleting regional reservoirs was not a viable long-term strategy. The water transfer project’s annual diversion of 1.1 billion m3 of water to Beijing—enough to completely fill the one of the largest indoor professional American football stadiums almost 375 times—does not come close to meeting the city’s yearly 3.6 billion m3 demand. Even after considering the 2.1 billion m3 of water available from over-tapped reservoirs and rivers, the SNWTP falls short.

Thus the city government turned to water recycling, which is a practice of reusing treated wastewater. Water can be treated to non-potable standards—producing greywater, called “middle water” (zhōng shuǐ) in Chinese—and used for landscaping, irrigation, industrial processes, flushing toilets, and replenishing groundwater. If more heavily treated, it can be used as drinking water. This greywater could fill a significant gap in Beijing’s water needs. For example, Singapore derives 40 percent of its water supply from reuse water, including drinking water, which it brands as “NEWater.”

Water reuse was a sustainable choice, but Beijing targeted the wrong stakeholders when creating policy. In 2003, Beijing mandated all residential and commercial buildings larger than 30,000 m2 employ an onsite water reuse system. As a result, Beijing is now home to thousands of decentralized treatment systems run by property owners – a scheme usually used in rural areas with a dispersed population. Yet the city has only five municipal-run centralized reuse treatment plants. To date, the city produces just 20 percent of its water from recycling.

In the United States, decentralized water reuse systems are growing in popularity, primarily in the industrial sector. According to Justin Mattingly of the Water Research Foundation, “many companies are considering decentralized industrial reuse due to uncertainty in traditional water supplies from water scarcity and climate change, all while decreasing wastewater disposal and water treatment costs.” One such company is General Motors. Faced with increasingly expensive storm water drainage fees at its 362-acre Hamtramck, Michigan manufacturing facility, the factory began capturing and recycling its storm water. The facility now recycles 200 million gallons of storm water each year for use onsite—avoiding $2 million in drainage fees.

The government continues to push for decentralized treatment despite public preference for centralized reuse water. Three main gaps between policy and practice have fueled distrust between citizens and the municipal government around water reuse.

Gap 1: Installed reuse systems are not regularly used. Less than 50 percent of decentralized water recycling systems in Beijing are used. After spending months in Beijing researching these systems and the problems that plague them, I’ve learned most recycling systems go offline for the same set of reasons. The first, limited government support, begins and ends with small construction subsidies. Because of this, the subsequent costs of running the recycling equipment often exceed the building manager’s budget, and the return on investment takes longer to collect than most plan to stay on the job.

Gap 2: Decentralized systems lack technical support, monitoring, and public trust.  Building landlords and owners rarely have experience in wastewater reuse plant operations; yet, the government has no education or robust support system to guide them. Furthermore, after construction subsidies, there is no required government-coordinated monitoring or tracking of reuse effluent quality. Thus, the greywater produced by these systems, which is intended for non-potable, household use, is of dubious quality. In other cases, zhōng shuǐ pipes don’t discharge reuse water at all. Huo Chang’s CECEP colleague Jun Du explains: “My home has the zhōng shuǐ tap used for toilet flushing. However, the water is … just normal tap water. I don’t know why.” A Shenzhen University survey of residential water users reflects Jun Du’s confusion. Customers distrust the water quality from decentralized systems so much that many citizens opt out of their building’s system, the survey revealed, even if the water is offered at a cheaper rate.

Gap 3: Centralized treatment plants are too few in number. According to Huo Chang, decentralized systems were meant to be a stopgap for a water-starved city. Since 2000, Beijing has “promoted and constructed” centralized wastewater reuse systems. However, this campaign slowed when water from the SNWTP began flowing in 2014 and was expected to meet Beijing’s immediate need for water. Huo Chang’s company estimates that currently only 10 percent of residential and commercial customers in Beijing have access to centralized reuse water, despite a majority of Beijingers’ stronger confidence in it.

Beijing cannot afford policies that fail to help this city of 22 million become water secure.  Policymakers need to shift their focus to creating sustainable and more centralized water reuse systems that are well monitored. Unlike the expensive and unsustainable megaprojects like the South-North Water Transfer Project, or investments in energy-intensive desalination, these efforts must involve business, civil society, and water experts, who can collectively act to inform appropriate water reuse initiatives. Such initiatives should begin by focusing on decentralized applications in the industrial sector, where reuse water has many non-potable uses but is severely underutilized. In tandem, Beijing should follow the lead of other urban centers, like Singapore, to create a flourishing water reuse system that Beijingers and local industry would welcome. If all water available for reclamation was actually recycled, Beijing’s available water supply would increase by more than 50 percent – a number that could mean life or death for the world’s most populous capital city.

For a more in-depth analysis of Beijing’s water recycling policies and their implementation gaps, see Danielle Neighbour’s article in the Chinese Journal of Population Resources and Environment.

Danielle Neighbour researches water and wastewater as a Schwarzman Fellow at the Wilson Center’s China Environment Forum and Kissinger Institute for China and the United States.

Photo Credit: Water flows from a pipe for cooling of machine. Photo from Shutterstock. All rights reserved.